There are no mistakes only lessons; a lesson is repeated until learned; tuition varies 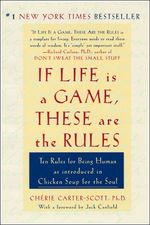 One of my principal sources of wisdom is Cherie Carter Scott's book, If Life is a Game, These are the Rules, an elaboration of her Ten Rules for Being Human, which initially appeared (inadvertently unattributed) in Jack Canfield's book, Chicken Soup for the Soul.

My two favorite life rules are:

3. There are no mistakes, only lessons

4. A lesson is repeated until learned

I regularly quote these rules - online and offline - and over the years have recognized an important addendum to rule 4:

In Dr. Cherie's book, each rule is elaborated in a separate chapter that begins with an introduction and is followed by a few sections presenting themes (or perhaps lesson plans) relating to the rule. For Rule 3 - There are no mistakes, only lessons - the themes are compassion, forgiveness, ethics and humor. Here is an excerpt from the introduction for this chapter:

Rather than viewing your own mistakes as failures and others' mistakes as slights, you can view them as opportunities to learn. As Emerson said, "Every calamity is a spur and a valuable hint." Every situation in which you do not live up to your own expectations is an opportunity to learn something about your own thoughts and behaviors. Every situation in which you feel "wronged" by another person is a chance to learn something about your reactions. Whether it is your own wrongdoing or someone else's, a mistake is simply an opportunity to evolve further along your spiritual path.

The chapter on Rule 4 - Lessons are repeated as needed - includes elaborations on awareness, willingness, causality and patience. It begins with an introduction that articulates the following insight:

You will continually attract the same lessons into your life. You will also draw to you teachers to teach you that lesson until you get it right. The only way you can free yourself of difficult patterns and issues you tend to repeat is by shifting your perspective so that you can recognize the patterns and learn the lessons that they offer. You may try to avoid the situations, but they will eventually catch up with you.

I regularly experience the wisdom of these rules, with varying degrees of awareness. It often seems to be the case that I recognize their relevance retroactively. Over time, I have also learned that the lessons have variable costs, which exhibit a general upward trend. The costs can take different forms - money, opportunities, friends - but the most common currency appears to be emotional pain. In a 12-step group I used to attend, we often light-heartedly referred to the repetition of an emotionally painful lesson as another f***ing growth opportunity, or AFGO for short.

Emotional pain experienced during lessons is often magnified by my unwillingness to practice self-forgiveness - for which two specific lesson plans are highlighted in the chapters on rules 3 and 4 - and my tendency to add a layer of self-criticism when I recognize that I've unwittingly and unintentionally repeated a lesson yet again. But when the lessons involve other people - in either a cooperative or adversarial learning opportunity - the emotional pain also arises from my guilt over the tuition they pay ... fees that, in many cases, my co-learners never explicitly signed up for.

The highest student debt accumulated for my repeated lessons involve my wife and children. The costs in terms of the emotional pain I experience when I fail to live up to my own expectations of being an attentive and effective husband and father are enormous, and greatly intensify each time lessons are repeated. And, unfortunately, the costs borne by them through such lessons can also be considerable.

Marriage vows traditionally take into account tuition costs for partners' lessons, or at least that's my interpretation of "for better, for worse, for richer, for poorer, in sickness and in health". Marriage, at least in our culture, involves an explicit choice by both partners, and each has the option of dropping the course(s). My wife has been one of my best, most consistent and often unappreciated teachers ... though I like to think at least some of her tuition has been reciprocated through lessons I may have offered her over the years.

Children are typically not offered an explicit opportunity to choose whether to sign up for lessons they learn with or from their parents. My children are also among my best teachers, as they regularly help me recognize hypocrisy or duplicity when I preach one principle but practice another, or when I am otherwise not living up to my - or their - expectations of being a good father. I don't know quite how to account for their tuition costs over the years, but I like to believe the process of micro-evolution will ultimately allow them to reap some valuable rewards from the dues they've been paying.

Posted at 10:20 AM in Books, Psychology, Relationships, Spirituality, Teaching and Learning | Permalink | 0 comments