Home Archives Profile Subscribe
A Compelling, Compassionate, Critique of Conservative Extremism by David Frum
I Am Because We Are: African Wisdom in Image and Proverb 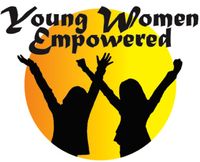 David Whyte shared his inspired and inspiring wisdom about the feminine embodiments of power last night at Town Hall Seattle. At a benefit event for Young Women Empowered (Y-WE) - an organization co-founded by his wife, Leslie - he guided the audience on a journey exploring the "five forms of female courage" and revealed aspects of that courage through stories, poetry and an articulation of what he calls a philosophy of attention. Whyte suggested that these forms of courage are not restricted to women, but that men typically only arrive at these forms of courage - and wisdom - after they have tried all the more masculine forms of courage. I have often wrestled with an interior tension between the masculine and the feminine - most of my closest friends are women, and most of the artists who inspire me are women - and so Whyte's framing of the masculine vs. the feminine forms offers me a new perspective from which to contemplate this tension.

Whyte described the first form as the feminine relationship to the unknown or to mystery, perhaps best exemplified by a woman's central role in the miracle of birth ... and a man's role as an outsider looking in. After distinguishing a father's relationship with a son, whom he is supposed to teach, and his relationship with a daughter, to whom he is supposed to apprentice himself, Whyte recited My Daughter Asleep, which he composed over a course of several years for his daughter, Charlotte, beginning shortly after her birth. When she was five, he recited the poem for her, and asked what her favorite part was. Charlotte's favorite section is also my favorite ... and I wonder if my own daughter (who I suspect is very close to Charlotte's age) would also find a deep resonance with the lines:

As a marine biologist who worked as a naturalist in the Galapagos, and who has always felt and expressed a keen appreciation of the natural world, Whyte introduced another poem by explaining that a collection of larks is called an exaltation of larks, and asserting that he considers the lark an emblem of humans' ability to speak out in the world. He then recited Song of the Lark, another poem that reveals - or perhaps more precisely, revels in - the mystery of the feminine, which was inspired by [a postcard of] a painting by Jules Breton from 1884:

What is called in her rises from the ground
and is found in her body,
what she is given is secret even from her.

The second form of feminine courage explored during the evening was a willingness to ground that mystery in the world. Whyte sees vulnerability as a source of strength rather than weakness, reflecting wisdom I have encountered in words written and spoken by empowered and empowering women such as Oriah Mountain Dreamer (through whom I first discovered David Whyte) and Brene Brown, who also advocate - and model - connection and compassion through courage, vulnerability & authenticity.

Whyte recited poetry exemplifying strength through vulnerability, including  a poem by the courageous Russian poet Marina Tsvetaeva, I Know the Truth, remarking how much more authentic such a bold assertion seems when it comes from a woman vs. a man. He also recited his own poems The House of Belonging and Start Close In, the latter of which suggests a step-wise approach to grounding the mystery in the world:

Start close in,
don't take the second step
or the third,
start with the first
thing
close in,
the step
you don't want to take.

The third form of feminine courage is a willingness to say "no" to anything and everything that is not a full "yes". This courage is illustrated by Meera (aka Mira / Meerabai / Mirabai), an ecstatic Hindu poet and singer in 16th century India, and her poem, Why Meera Can't Go Back Home, which articulates firm boundaries:

Approve me or disapprove me;
I praise the Mountain Energy night
and day.

Whyte also recited Sweet Darkness, a poem with particularly deep personal resonance that helped me re-frame and re-interpret a misconstrued defeat during a period in which I was moving toward belonging, freedom and coming alive again after a period of soul-squelching darkness:

Sometimes it takes darkness and the sweet
confinement of your aloneness
to learn
anything or anyone
that does not bring you alive
is too small for you.

After an intermission, Jamie Rose-Edwards, the Executive Director of Young Women Empowered, and two of its recent graduates shared their hopes for and experiences with the program. The mission of Y-WE is to "empower young women from diverse communities to step up as leaders in their schools, communities, and the world." There was clear alignment between the kinds of courage and power Whyte was expressing and the characteristics modeled and cultivated by the staff and mentors of the program.

When Whyte returned to the stage, he articulated the fourth form of feminine courage, a willingness to live in different forms of beauty. The forms of beauty that a woman will exhibit and experience will change throughout her life, and the transitions will often involve disappointment and heartbreak, but the courage to work through the transitions open doors to new forms of beauty (and wisdom). Whyte recited Shakespeare's Sonnet 29, his own poem to (and, in a way, from) his mother, Farewell Letter, and a poem, Weathering, by New Zealand poet (and librarian), Fleur Adcock, composed during her year-long, late mid-life sabbatical in the English Lake District (one of the places through which Whyte leads tours):

At the end of the evening, Whyte shared the fifth form of feminine courage, the courage to accept the invitations of life and step out beyond yourself, noting that the most courageous conversation is the one we don't want to have. Throughout much of his prose and poetry, Whyte advocates adopting an investigative vulnerability in exploring the frontiers of experience, and his poem, The True Love - with which he concluded the event - is one of this most penetrating articulations of this truth, drawing upon the biblical account of Jesus inviting Peter to find the faith and courage get out of a boat amid stormy seas and walk on water toward him. A passage in the poem is especially poignant for me now, as I wrestle with my own vulnerable sense of power, worthiness and faith:

I am thinking of faith now
and the testaments of loneliness
and what we feel we are
worthy of in this world.

Most of the poems Whyte read - both his own and those by other poets - were from his collection, River Flow, a book I have read cover-to-cover dozens of times, and probably represents the closest approximation I have to a bible, serving as a personal perpetual source of wisdom and inspiration. I've also listened to his entire 6 CD set, Clear Mind, Wild Heart [also available in MP3] dozens of times, a series of recordings with a format similar to the event of last night: an intermingling of poetry, prose and philosophy. Although I was already familiar with most of the poems (and the stories behind them) shared last night, it was still a thrilling experience to see him live. This was my first poetry reading, and throughout the event, I experienced the same kinds of "goose-bump moments" I've often felt (and written about) during music concerts, perhaps most notably during the Indigo Girls Zoo Tunes concert that Amy and I attended a few years ago. What was qualitatively different between the poetry reading last night and music concerts I have attended was the frequent, collective sighs and other spontaneous shared expressions of recognition of deep truths that were articulated during Whyte's recitation of poems. I often experienced a double jolt of goose bumps, first from my own personal resonance, and shortly thereafter from the awareness that I was not alone in feeling that deep resonance.

I'll finish off this post with a passage from a poem that Whyte did not read last night, Revelation Must be Terrible, but which exquisitely captures the notions of shared resonance and aloneness:

Being far from home is hard, but you know,
at least we are exiled together.