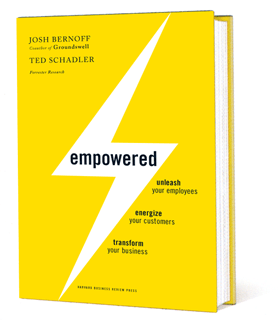 The new book, Empowered, by Josh Bernoff and Ted Schadler of Forrester Research, proclaims an inspiring message: social media is increasingly empowering customers to draw attention to their problems, and the best way for businesses to provide effective solutions is to empower their employees with the same tools. The book makes a strong case for universal employee empowerment by including numerous case studies of companies that have benefited from successfully empowering their employees, as well as a few cases where companies suffered as a result of bureaucratic encumbrances. The main quibble I have with the book is the use of what I consider to be questionable quantitative data, but I don't see that data as essential to the empowering message or case studies presented.

The book describes four technology trends - the proliferation of smart mobile devices, pervasive video, cloud computing services and social technology - and presents a number of case studies about how people are taking advantage of these trends to achieve their goals, sometimes to the detriment of institutions that are not yet taking advantage of them. The authors argue that employee empowerment is more of a management challenge than a technical challenge at this stage, and they effectively highlight the ways that proactive employees - called HEROes (Highly Empowered and Resourceful Operatives) - can use the same tools that empower customers to respond more effectively to their needs. I see many similarities between HEROes and the e-Patients ("engaged, empowered, equipped and expert") I first discovered via Regina Holliday, "e-Patient Dave" deBronkart, Susannah Fox and other Health 2.0 heroes who are advocating platform thinking, de-bureaucratization and the redistribution of agency. [Update: just saw a tweet by @ReginaHolliday to another new book, The Empowered Patient, by Julia Hallisy, suggesting even more convergence - and momentum - in this area.] At the risk of adding the ubiquitous version number to yet another class of agency, I found myself thinking that perhaps we're also entering the era of Employee 2.0.

The book starts off with a case study involving Heather Armstrong, a mommyblogger and author with over a million followers on her Twitter account (@dooce), who experiences a series of mechanical and customer service problems with her new Maytag washing machine during the first few months after her second child was born. In a blog post containing a capital letter or two, capturing the series of problems and failed solutions, she writes about an exchange with an unempowered customer service representative:

And here's where I say, do you know what Twitter is? Because I have over a million followers on Twitter. If I say something about my terrible experience on Twitter do you think someone will help me? And she says in the most condescending tone and hiss ever uttered, "Yes, I know what Twitter is. And no, that will not matter."

I read this and immediately experienced a visceral "Uh, oh..." moment, sort of like watching a horror movie where the naive victim-to-be is about to open a door you just know they shouldn't. As anticipated, she then proceeds to share her frustrations with Maytag with her Twitter followers in a series of status updates. It is difficult to directly measure the long-term influence of this negative publicity, but I would imagine that many of Heather Armstrong's followers were / are young mothers with significant laundering needs who might also be in the market for a washing machine, and would be considerably less likely to purchase a Maytag after reading about her experiences.

This experience is contrasted with that of Josh Korin (@joshkorin), a recruiter with a more modest Twitter following (596) at the time of a suboptimal experience with an Apple iPhone purchased at BestBuy. Like Heather, Josh tweeted about his frustrations with customer service - they initially offered to replace his new iPhone with a Blackberry, even though he'd purchased the insurance plan. However, BestBuy had an empowered TwelpForce in place that monitors and responds pomptly to customer service problems expressed in social media streams (e.g., tweets addressed to @bestbuy or with the #bestbuy or #twelpforce hashtag). Even though Josh posted these messages on a Saturday, he promptly received responses from BestBuy CMO Barry Judge (@bestbuycmo) and empowered "community connector" Coral Biegler (@coral_bestbuy), and an iPhone replacement was arranged that Sunday, transforming a disgruntled customer into an advocate.

The second part of the book explores another acronymized set of concepts, IDEA: Identify mass influencers, Deliver groundswell customer service, Empower customers with mobile information, and Amplify the voice of your fans. I like the ideas [pun partially intended] in this section, and found the additional case studies presented interesting and compelling. However, this is where I encountered questionable data on peer influence metrics, which is based on Forrester's North American Technographics Empowerment Online Survey, Q4 2009 (US). The normal biases that arise in self-reporting (people generally tend to present themselves and their actions in a favorable light) are compounded when one is asking people - in an online survey - about how much online influence they have. I would expect natural "inflationary pressures" would lead respondents to overestimate the number of friends and followers they have, the frequency with which they post social media messages (e.g., Facebook or Twitter status updates) and the percentage of those messages that are about products and services.

To their credit, Forrester provides disclaimers on its web page for the survey, which very carefully highlight the sources of sample bias:

Please note that this was an online survey. Respondents who participate in online surveys have in general more experience with the Internet and feel more comfortable transacting online. The data is weighted to be representative for the total online population on the weighting targets mentioned, but this sample bias may produce results that differ from Forrester’s offline benchmark survey. The sample was drawn from members of MarketTools’ online panel, and respondents were motivated by receiving points that could be redeemed for a reward. The sample provided by MarketTools is not a random sample. 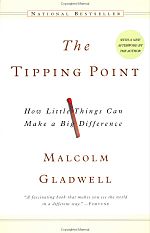 Now, just to be clear, as someone who ardently believes that all studies and models are wrong [including my own], but some are useful, I believe that these are useful categories, and while I might question the actual numbers, I do believe that some people are more influential - as mavens and/or connectors - than others. However, I think it's important to note that there are significant questions about the extent of influence mavens and connectors have. For example, Clive Thompson's Fast Company article, Is the Tipping Point Toast?, contrasts Gladwell's focus on an elite few with Duncan Watts' more expansive idea of the connected many with respect to the sources of real influence in society. And given more recent views expressed by Gladwell this week in a New Yorker article on Twitter, Facebook and social activism: Why The Revolution Will Not Be Tweeted, I suspect he may have reservations about his categories of influentials being mapped onto social media at all. 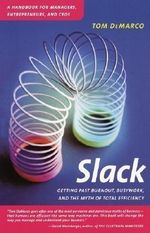 The reason I delve so deeply into this issue is that I actually believe that the influence of the connected many is better aligned with the overall message of Empowered than the elite few, and that the authors do themselves - and their message - a disservice via this detour in an otherwise engaging and enlightening book. They talk of efficiency in many places where I think they - and their readers (and clients) - would be best served by focusing on effectiveness (as Tom DeMarco effectively focuses on in his book, Slack). Should HEROes only focus on addressing their efforts toward the Mass Mavens and/or Mass Connectors? That would be efficient, I suppose, but would probably not be very effective.

As an example, another compelling case study described in Empowered is the experience of Dave Carroll, a "not-very-well-known local musician" from Halifax, Nova Scotia, whose guitar was allegedly broken by United Airlines baggage handlers at Chicago O'Hare International Airport on March 31, 2008. Dave responded by recording and posting a trilogy of songs, United Breaks Guitars, on YouTube (the first one, which now has over 9 million views, is embedded below).

As far as I can tell, Dave Carroll - while certainly talented - was probably not very influential at the time he recorded that music video, and if United customer service HEROes (if they exist[ed]) were to focus their efforts primarily on Mass Mavens or Mass Connectors, the empowered response by Dave Carroll may have still slipped under their radar. And yet his video turned out to be very influential: according to the authors, Sysomos estimates that positive sentiment for United Airlines in the blogosphere decreased from 34% to 28% and negative sentiment increased from 22% to 25%, while the proportion of positive stories about United in traditional media went from 39% to 27% with negative stories rising from 18% to 23%. [I recommend Dan Greenfield's analysis of the the social media impact of the United Breaks Guitars video at SocialMediaToday for anyone interested in more details.]

I've written before about how everyone's a customer. I think the central message of Empowered is - or should be - every customer matters.

In another inspiring case study - and this is the last one I'll share here - Kira Wampler, former online engagement leader for the small business division of Intuit (maker of QuickBooks) and now a principal at Ants Eye View, said that her primary customer service goal at Intuit was not to deflect as many calls as possible, but "how do I get you unstuck as quickly as possible?" This reflects a wisdom so clearly articulated in Kathy Sierra's Creating Passionate Users blog, e.g., her post on keeping users engaged, in which she so pithily promotes an empowerment strategy: Give users a way to kick ass.

As Josh Bernoff and Ted Schadler convincingly show, customers have never been so empowered to "kick ass" as they are now. I hope that more businesses will follow their prescriptions to "unleash your employees, energize your customers and transform your business" ... or, as Kathy Sierra might put it, Give employees a way to kick ass!