Be Impeccable With Your Word: Confrontation vs. Condescension and Intimidation 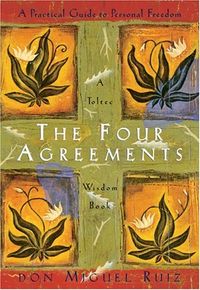 I've had a number of opportunities recently to reflect on don Miguel Ruiz' first agreement: be impeccable with your word. Amid public conversations at the recent Coffee Party kickoff meeting, private discussions about reviews of academic papers and proposals, and listening to an interview about the science of wisdom, I've gained a greater appreciation for the importance of making this agreement and adopting this practice. A comment advocating confrontation by my good friend Robb - an ardent defender of the Ruahines Mountain Range in New Zealand and wild places in general - on my blog post about political conversation vs. confrontation in the context of the Coffee Party movement helped me reconsider my opposition to confrontation (the meaning of which is "opposition"), and realize that what I'm actually opposed to is condescension and intimidation. I decided to further clarify my own beliefs about being impeccable with my word in a followup blog post.

I'll start off with the brief description of this agreement on the inner jacket cover of don Miguel Ruiz' book, The Four Agreements: A Practical Guide to Personal Freedom.

Be Impeccable With Your Word: Speak with integrity. Say only what you mean. Avoid using the word to speak against yourself or to gossip about others. Use the power of your word in the direction of truth and love.

In the chapter elaborating on The First Agreement, Ruiz defines impeccable as "without sin" and suggests that sin begins with rejection of myself, and in the case of the word, manifests in using words against myself. [Actually, Ruiz uses the word "yourself" rather than "myself", but I prefer to use "I" statements wherever possible.] If I reject myself, I am more likely to reject others, and if I use words against myself, I am more likely to use words against others. Or, as is observed in the recently released movie, Greenberg (and elsewhere): "hurt people hurt people".

Ruiz describes the power of the word as a form of magic, through which we can cast spells for good or evil. Impeccable use of words - pure magic - can have a powerful effect on people, helping us appreciate positive qualities and do positive things. I've written before about the power of positivity and appropriate praise (and the perils of inappropriate and profuse praise), and recently encountered psychological studies showing that even the unspoken expectations of others can influence us. Ruiz warns that the invocation of what he calls black magic - sowing seeds of fear and doubt in the minds of others - can also have powerful impact, alluding to Hitler, whose words so successfully demonized and vilified an entire race of people that 6 million were killed.

Given my recent revelation about confrontation vs. condescension, I want to distinguish between using words to criticize a person (or a race, religion or political party of persons) and using words to criticize a person's actions. For example, I can question the truthfulness or logic of another person's statements and still be impeccable with my word. However, if I call another person a liar or an imbecile, I am not being impeccable with my word.

The specific words and tone I use to raise a question or potential criticism also offer an opportunity to practice impeccability. For example, someone may say something like "The reforms I'm proposing would not apply to those who are here illegally". I may question the truthfulness of that statement, but if I say "You lie!" - especially if I were to shout that out in a nationally televised public setting - I am not being impeccable with my word ... though I may be giving that person an opportunity to practice the second agreement, don't take anything personally.

If instead I were to say "I disagree with that statement" - especially if I were to do so at another time and place - I am being impeccable with my word. And, if it turns out that the statement with which I disagree is actually true, e.g., the reforms that person is proposing include a provision that explicitly states that "Nothing in this subtitle shall allow Federal payments for affordability credits on behalf of individuals who are not lawfully present in the United States", then being impeccable with my word may help me preserve my integrity more effectively.

I was discussing the distinction between confrontation and condescension in the context of political conversations with a friend yesterday - over coffee - who suggested some references that might inform my perspective. One site lists two basic types of arguments:

There are basically two types of arguments: Aristotelian or adversarial, and Rogerian or consensus-building. Aristotelian argument is made to confirm a position or hypothesis or to refute an existing argument. Using the techniques at hand, the writer attempts to persuade the reader to a particular point of view. The writer uses logic, appeals to the rational in the audience, and provides empirical and common sense evidence to persuade the audience members to change their beliefs, attitudes, and actions.

Rogerian argument is a bit different—its goal is to develop consensus among readers rather than establish an adversarial relationship. The idea is that a successful argument is a winning situation for everyone. Avoiding all emotionally sensitive language, the writer phrases statements in as neutral a way as possible to avoid alienating readers by minimizing threat and establishing trust. The analysis of the opposition's point of view is carefully and objectively worded, demonstrating that the writer understands the position and reasons for believing it. In preparation for the conclusion, the writer points out the common characteristics, goals, and values of the arguments and persons involved. Finally, the writer proposes a resolution that recognizes the interests of all interested parties.

I believe both types of arguments benefit from being impeccable with your word ... assuming the goal is to arrive at the truth of the matter - or at least a deeper under understanding - rather than simply winning. I'm not so sure that truth is a top priority of some participants in our political process.

Speaking of truth, resolution and evolution, I'm reminded of Gandhi's inspiring insights into truth vs. consistency:

Aristotle, who generally advocated dialectic (logic) over rhetoric (the art of persuasion), acknowledged the pragmatic value of rhetoric in civic affairs, and outlined three primary strategies of persuasion:

Again, I believe that being impeccable with your word is an important ingredient in applying all of these strategies. One can establish one's credibility without resorting to the character assassination of one's opponent, although respectfully raising questions about the credibility of statements made by an opponent is consistent with the first agreement. One can also appeal to emotions without insulting an opponent. And, of course, constructing a logical argument can be done with impeccability, as long as one begins with impeccable premises.

A story on NPR yesterday morning, on anti-bullying programs in schools, based on the Olweus Bullying Prevention Program, offers an instructive overview of the social culture of bullying that supports and promotes intimidation which has ramifications well beyond the schoolyard. 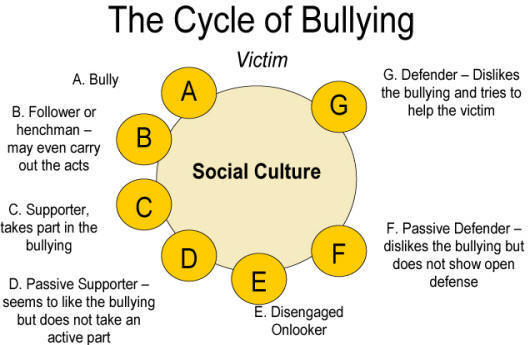 Olweus emphasizes the social culture that supports, condones or promotes bullying - the dark side of the idea that "it takes a village":

The NPR story notes that "The community can take away the bully's power by refusing to cheer him on, by telling an adult, or perhaps the ultimate step: stepping in to help the victim."

Anti-bullying tactics has a particular poignancy in political arenas outside of the schoolyard, given recent words and actions surrounding the health care reform debate. House Speaker Nancy Pelosi alluded to the power of words yesterday, in response to the violence and death threats in the wake of this week's health care vote:

I believe that words have power, they weigh a ton. And they are received differently by people in - depending on their, shall we say, emotional state. And we have to take responsibility for words that are said that we do not reject.

A blog post about American Kristallnacht: Conservative Hatred Shatters the Peace includes an extensive rundown of the powerful, hateful and intimidating words used by various conservative leaders over the last several days, some of which explicitly call for the breaking of windows and the murder of elected officials who voted for the health care reform law. I wish I was surprised to learn that the frequency of death threats against President Obama is 400% higher than against former President George W. Bush.

I believe that with a "government of the people, by the people, for the people", the potential victims of this campaign of intimidation are not just our elected officials but all citizens, just as I believe the ultimate victims of the violent words and actions that crystalized on Kristallnacht were not just the persecuted Jews, but the Nazi bullies and their supporters, the passive or disengaged German citizens, and eventually most of the citizens of the world community.

So, what can someone who objects to the tactics of intimidation do to step in to help the potential victims? One could start or join a movement to "wake up, stand up and speak up", to re-engage in vigorous and respectful political conversation, to oppose bullying without resorting to the bullying tactics of condescension and intimidation. I'm not sure if the Coffee Party movement will ultimately succeed, but I plan to participate in one of the local National Coffee Summit meetings this weekend, as it appears to be a promising vehicle through which to promote and practice being impeccable with your word on a large scale.