Home Archives Profile Subscribe
Semi-reciprocal Transparency in Social Networks
At least we have our health ... or do we? 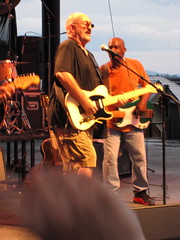 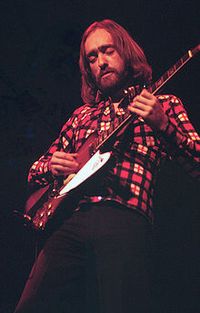 Dave Mason has lost some hair and gained some weight, but he still sounds strong after all these years. Chateau Ste. Michelle hosts a lot of concerts by older rockers, and some of them are aging better than others. I've been disappointed with a few of the concerts I've seen there over the years (e.g., James Taylor and Crosby, Stills & Nash), but the show by Dave Mason last night - a special Vintage Reserve Club Member Appreciation Concert (for people who are members of the CSM wine club) - was one of the best. Most of the songs he and his band played in the single set (plus one encore) were classics from the early 70s - for which he was inducted into the Rock & Roll Hall of Fame in 2004, along with the other co-founders of the band, Traffic - but he included three songs from his relatively new album (26 Letters, 12 Notes) that were also quite good ... in fact, they were probably the best new songs from an old rocker I've heard at any concert at the winery.

Mason was joined on stage by bassist Gerald Johnson, guitarist Johnne Sambataro, drummer Alvino Bennett and keyboardist Tony Patler. The group had lots of energy, great rhythm and good harmony. We were in front of the stage for much of the show, right in front of the speakers, so the solid beat laid down by the bassist and drummer gave us some good vibes. Shortly after the show began, it started raining, and about half way through it started raining pretty hard. Fortunately, the performers were shielded from the precipitation - as were those of us who had moved up early to enjoy the show directly in front of the stage - and they kept right on playing. In fact, I don't even remember them saying anything about the weather.

Come to think of it, I don't recall them saying much about anything (including the songs they were playing). I suppose that may reflect the one criticism I have of the show. As with the Chicago concert we saw at CSM two years ago, I noticed that lots of people (including me) were singing along to nearly all the songs, and yet unlike that concert, the band never stopped singing to invite the audience to participate more fully in a sing-along. Feelin' Alright, in particular, represented a big missed opportunity for letting us bellow out a well-loved chorus ... all the more ironic given that Dave Mason was the one who wrote the lyrics for the Traffic song, You Can Join In.

As usual, I was taking notes of the songs during the show, but unfortunately, despite staying mostly dry, the ink on my page of notes ran, so this list does not represent a complete set. Also, I didn't recognize any of the three new songs he played, as it was the first time I've heard them, so they are not listed here.