Home Archives Profile Subscribe
Stumbling on Happiness: Simulation, Surrogation, Attachment and Service
An Inconvenient Truth, and a Call to Action

Lance Ayrault, CEO of Flexcar, gave a great talk at the Northwest Entrepreneur Network (NWEN) Venture Breakfast at the Bellevue Harbor Club yesterday on the topic of social entrepreneurship (a topic near and dear to my heart ... and blog).  Flexcar is an interesting exemplar of a non-traditional social venture, in that they are a for-profit company, hence our subtitle, "Doing Well by Doing Right".  Because we were running a bit behind in setting up for the talk, I skipped over some of my planned introductory remarks, so I'm going to take this opportunity to expand a bit on those here before sharing some notes on the insights and experiences Lance shared during his presentation.

... making meaning is the most powerful motivator there is ... [and] if you fail, at least you failed doing something worthwhile.

Guy made sense with all of his other prescriptions for being a successful entrepreneur, but this idea of making meaning, in particular, really inspired me ... especially as I'd just left a position where I was no longer making meaning, and was exploring the path of entrepreneurship as a way of opening up the blockages I'd experienced, and enable me [once again] to work on something I deeply believed (and still believe) will make the world a better place.  Guy, and the other speakers at EU 2004, helped me decide to take the plunge -- or perhaps leap -- into entrepreneuria.

Shortly after deciding to become an entrepreneur, I joined the NWEN Venture Breakfast committee, hoping to contribute some of the lessons I'd learned in organizing academic / research conferences (CSCW 2002 and UbiComp 2003) to these monthly business networking -- and education -- meetings.  Speakers at subsequent NWEN events have [also] been inspiring (and educational), but most have focused more on how they have successfully faced the challenges of raising financial capital (making money) and less -- if at all -- on how they have raised social capital (making meaning). 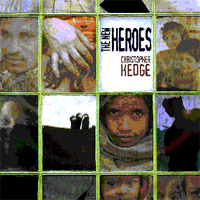 Last summer, I was inspired and humbled in watching the PBS series The New Heroes, a four-hour series hosted by Robert Redford, which tells "twelve dramatic stories of social entrepreneurs who bring innovative, empowering solutions to the most intractable social problems around the world."  [The producers also note that "Becoming a social entrepreneur takes both a vision for revolutionary change and the gumption to do something about it" (italics mine).]  I wanted to share some of that energy with the other members of NWEN, and thus proposed to organize a breakfast presentation on social entrepreneurship.  There was some concern expressed by some members of the committee about whether enough NWEN members would be interested in stories, or lessons learned, by ventures whose sole purpose was to make the world a better place.  It's not that NWEN members don't care about efforts to solve large-scale social problems, the question was whether they would be able to apply what they might learn from social ventures in their own entrepreneurial endeavors (and, having been on the entrepreneurial path for over a year now, I recognize -- better than ever before -- the importance of making money, in addition to making meaning).  Thus, I was advised to see if I could find a venture -- and a venturer -- who was addressing social problems in a way that might be instructive to as broad a spectrum of NWEN membership as possible ... and so was delighted when Lance Ayrault agreed to come talk about his experiences with Flexcar.

Flexcar is a Seattle-based for-profit company that provides a car-sharing service in several metropolitan areas, offering residents in these communities the opportunity to save money on their transportation costs while simultaneously reducing other transportation costs -- such as air pollution, traffic congestion and parking problems -- in those communities.  In my initial conversations with Lance, I was surprised to learn two things: companies that promote social wealth have access to financial and logistical resources not available to other for-profit ventures, and such companies have to find and maintain a delicate balance in marketing its products and services, so that its messages address individual needs and community improvements, while not alienating potential customers who may associate "green" with "expensive" and thus be unwilling to pay the perceived cost of achieving greater social value for the community.

During Lance's presentation, I learned a great deal more, including:

Flexcar charges an annual membership fee of $25, and then $10/hour to "borrow" a car.  Thus, the average cost of car sharing is approximately $300/month, less than half the average cost of car ownership.  One might expect that these economic savings would be very appealing to individuals as well as organizations that maintain a fleet of [owned] cars, but Lance said that his biggest challenge is an educational one -- most people have no idea how much their transportation costs are ... and car ownership is a deeply ingrained tradition in the American psyche.

However, there are significant social costs to the individual use and ownership of transportation vehicles that rely upon fossil fuels, including

Lance shared a number of other lessons he has learned through the Flexcar experience, that apply more broadly to entrepeneurship in general:

Earlier this week, a friend told me that Lance is also speaking at the Eastside Executive Forum meeting next Tuesday in Bellevue.  So anyone [local] who wants to hear more about Lance's insights and experiences can see him there ... or get copies of his slides and an MP3 audio recording of his talk from the NWEN "breakfast notes" site when we post them (probably sometime next week).